Yes, I still shoot film on occasion, and I realize that this is being posted on a Saturday, but the post title states otherwise.  Things move more slowly in the analog world.

Hover over any image for title and location where captured – click on any for a closer look. 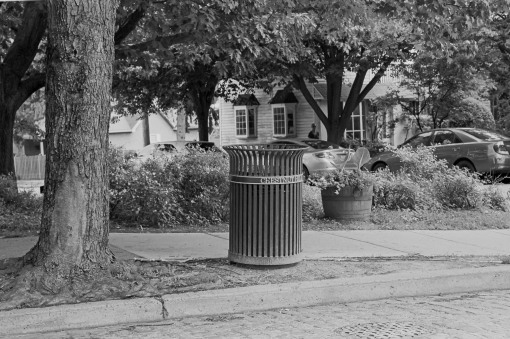 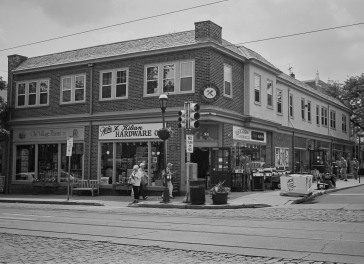 Once a suburb where well-to-do Philadelphians escaped the city’s summer heat, Chestnut Hill saw an influx of year-round residents with the arrival of railroads in the 19th century. Since then, it remains a relatively affluent community with an array of historic mansions and Victorian twin and row houses. 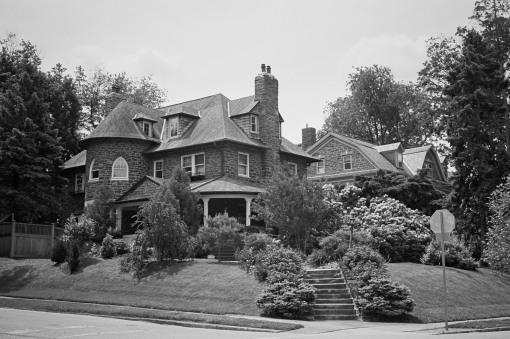 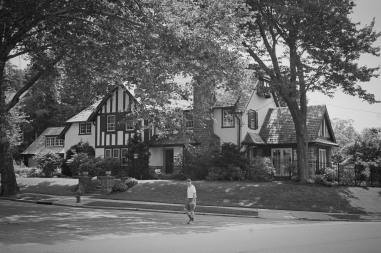 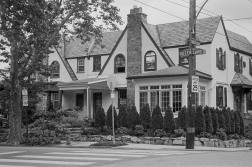 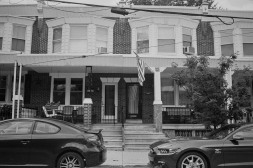 "On the River" – East Falls

East Falls (a.k.a. The Falls) is a neighborhood in the Northwest section of Philadelphia on the east or left bank side of the now submerged Schuylkill River cataracts, the ‘Falls of the Schuylkill’ that became submerged as the Schuylkill Canal and Fairmount Water Works projects were completed in 1822. The East Falls community is located adjacent to Germantown, Roxborough, Allegheny West, and Nicetown-Tioga neighborhoods.
Recently, East Falls has been undergoing redevelopment to elevate its status to nearby Manayunk and other local shopping districts in the Philadelphia area. The recently completed Arthur Ashe Youth Tennis and Education Center offers instruction to Philadelphia youth in a 9.2-acre, sixteen-court facility that operates in cooperation with the City of Philadelphia, School District of Philadelphia, and others. It was built with private funding in partnership with the Commonwealth of Pennsylvania.

If you are interested in ordering high-quality prints of any of these images, you may do so HERE.

Visit the full “Streets of Philadelphia” photo-site at this LINK.

This Project is truly a labor of love.  If you would like to make a contribution tawards its completion, please consider becoming a patron – HERE.

All work, especially imagery, is licensed under a Creative Commons Attribution-NonCommercial-NoDerivatives 4.0 International License
Click the link above for details.

This site uses Akismet to reduce spam. Learn how your comment data is processed.